It’s finally here, the final chapter in Final Fantasy XIV: A Realm Reborn saga. Capable of bringing players from all over the globe together for a collaborative story set in an expansive world teeming with life, it has been described as one of if not THE most ambitious MMO ever created.

Final Fantasy XIV: Endwalker officially launches today – how about some pizza?. The game is the latest expansion for Final Fantasy XIV, which has been in open beta since September of last year. The new endgame content will be available to players who have reached level 70 and have purchased the expansion. 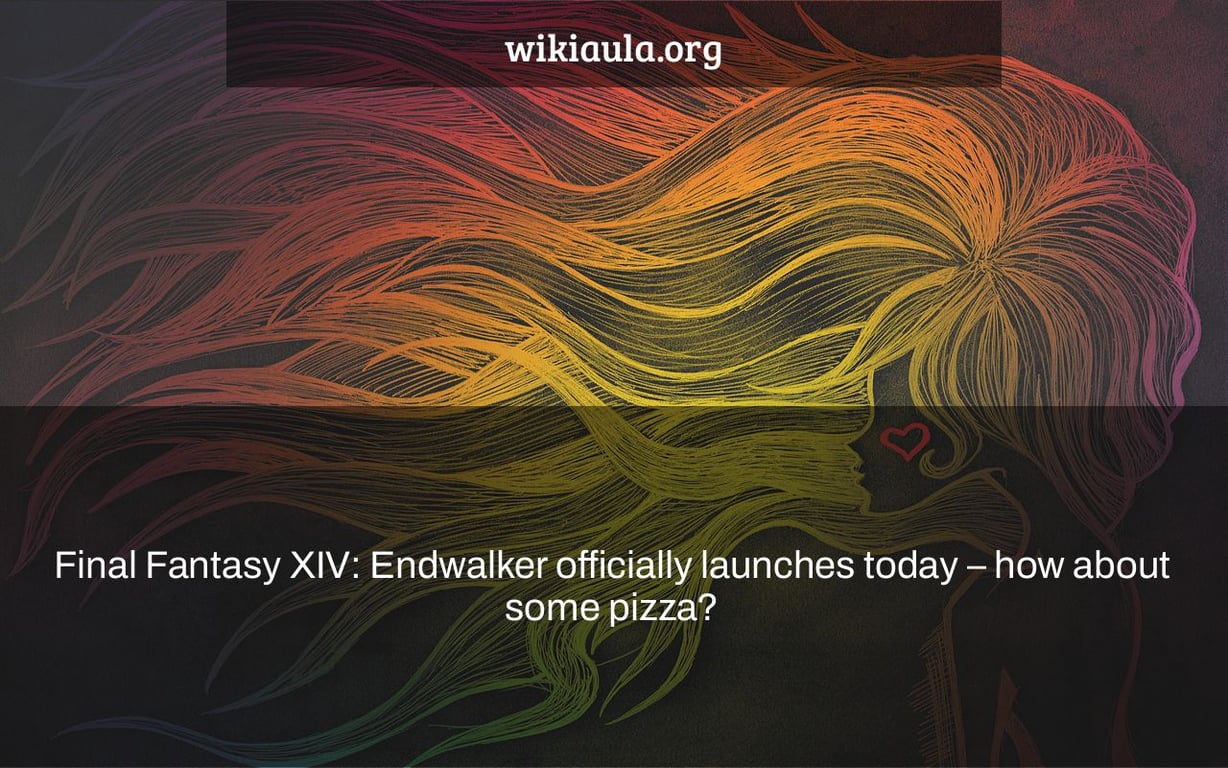 We won’t be frightened to keep going if we lose our path or become tired of the suffering.

Yes, today is the official launch day for Final Fantasy XIV’s fourth expansion, Endwalker, which means that anybody who hasn’t pre-ordered the expansion will be able to play it. Naturally, the game’s early access period will continue until December 10th, so you still have time to register your product code and claim ownership of the complete expansion. (However, the sooner the better.)

Naoki Yoshida, the game’s producer and director, has also released another letter explaining some of the game’s network issues, noting that measures are being taken to combat the two most commonly seen errors and hopefully eliminate the Error 2002 and Error 3001 issues some people have been experiencing while waiting in line. He also addressed the need for more game capacity, adding that the team is doing everything possible to create more planets, but that it would take some time.

Finally, the game has teamed up with Grubhub to provide a promo code that will let you to unlock an unique emote if you place an order between December 9th and December 15th. This also happens to be The Game Awards, and the discount code allows for free delivery on the day of the event (December 9th). If you want your character to eat pizza, this is the way to do it.