On an off night, Drew Timme led the Gonzaga Bulldogs to a come-from-behind victory over St. Mary’s Gaels in their Mountain West opener at home. The win snapped a 7 game losing streak and made Timme an instant hero for his team

Drew Timme is a sophomore at Gonzaga University who has led the team to a second-place finish in the West Coast Conference. He has been named as one of the top guards in college basketball this season, with his play earning him an invitation to try out for Team USA. 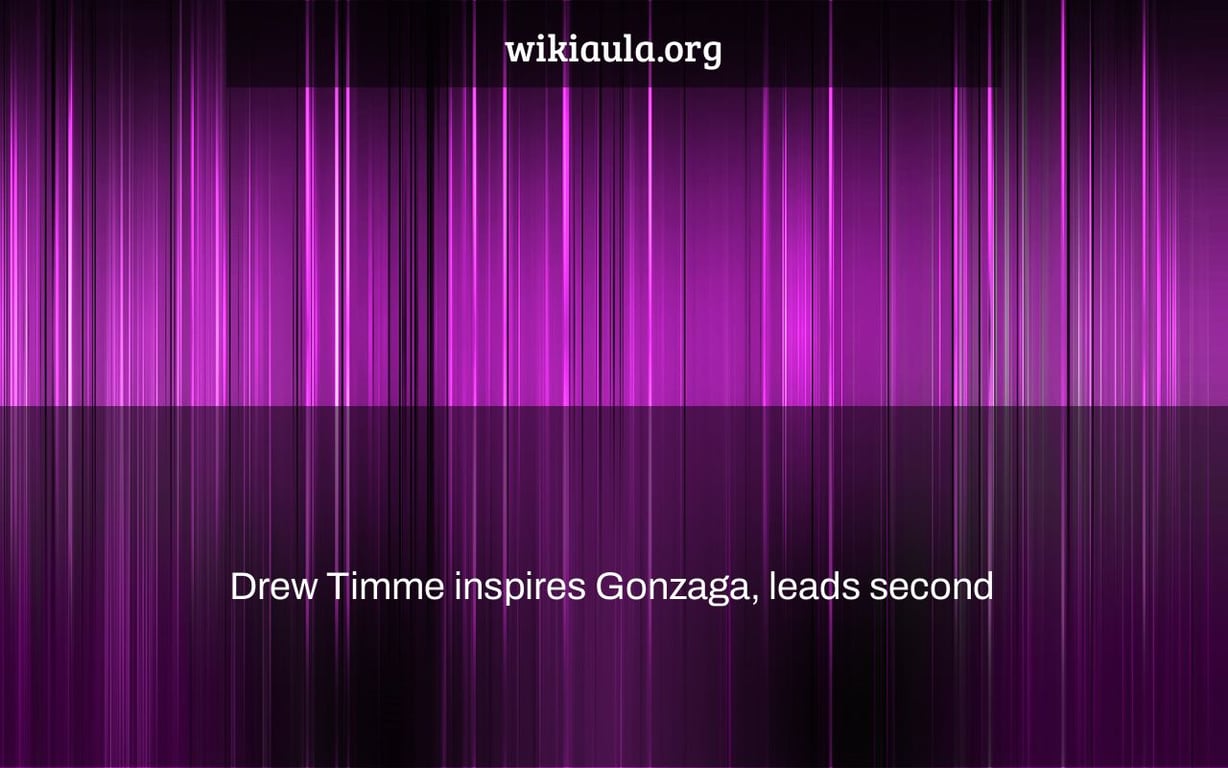 PORTLAND, Ore. — Leading scorer Drew Timme took it upon himself to set the tone for a second-half comeback after the top-seeded Gonzaga Bulldogs fell behind the No. 9 seed Memphis Tigers 41-31 in an NCAA tournament second-round showdown Saturday.

Before his team returned to the court, Timme offered a motivational speech in the hallway, which he stated in a postgame interview with CBS reporter Andy Katz as “I don’t give a flying F what happens at the end of the game, whether we lose or win, we’re not going down as no… soft men.”

Timme then put his words into action as Gonzaga rallied for an 82-78 victory, advancing to the Sweet 16 for the seventh consecutive NCAA tournament — a streak that is one of only four in tournament history, joining two from Duke under Mike Krzyzewski (nine and seven, respectively) and a record 13 from North Carolina with coach Dean Smith from 1981 to 1999.

Timme scored the game’s next seven points after Memphis extended their advantage to 12 points in the second half. He scored 14 of the Zags’ 16 points in a two-minute span while they were down two, including a 3-pointer and shots from a variety of challenging angles.

Tigers coach Penny Hardaway stated, “It felt like he grabbed every offensive rebound, every foul, every bucket for them in a row.” “We’d seen it on TV a few times, just seeing him be so dominating, and to see it in person… he hit some incredible shots. He had a great defense and yet managed to make them. That is the reason he is who he is.”

Timme, for one, would like not to have to rely on heroics in the second half.

He said, “I’d prefer to quit doing that.” “I’d want to improve my first-half performance since that’s not a formula for going far and winning a lot of games.”

Gonzaga coach Mark Few stated, “I believe he loves to feel his way into these games occasionally.”

The Zags got off to a poor start in Portland for the second day in a row. In Thursday’s first-round game against No. 16 seed Georgia State, the Bulldogs led by two at halftime before going on a 21-0 second-half surge to transform the game into a blowout. Timme led the club with 10 points in the first half, although he shot 3-of-7 from the field and missed five of nine free throw tries.

Timme was even quieter in the first half of Saturday’s game, scoring four points on 1-of-3 shooting and 2-of-4 free throws. Gonzaga didn’t have the same margin for error this time against a quality Memphis squad that had won 13 of its previous 15 games following a 9-8 start.

Despite the fact that the Zags have gone 0-3 while down at halftime this season, Few hasn’t delivered a furious halftime speech.

“I don’t believe I was shouting and yelling,” Few said, “but I was moderately angry that we were playing’soft,’ so Drew’s idea wasn’t novel.”

Timme chimed in, “It was reinforced.”

After all, few had cause to be optimistic. During Gonzaga’s perfect season last year, the squad overcame several challenges on route to the national championship game, when the team was eventually beaten by the Baylor Bears.

Hardaway, who was on the other bench, saw what had transpired to his squad in the second half.

He said, “They got to the championship level.” “In the first half, we were the more active team. We surprised them and snatched their trust. I knew they’d make a change when they came out after halftime because they’re a terrific squad, and they did. They had to make shots and get stops, and they had to do both.”

Despite Timme’s charge, the Tigers were able to keep the game close until the final seconds. Lester Quinones’ 3-pointer pushed Memphis to within two points, 78-76, and Landers Nolley II’s two free throws made it a two-point game with little over six seconds left.

Both times, Nembhard hit a pair of free throws to keep the Tigers from tying the game or taking the lead — no certainty on a night when the Zags shot 13-of-24 (52 percent) from the foul line after shooting 16-of-30 (53 percent) the night before.

“If you ask me, him stepping up and hitting those free throws when absolutely everyone else on our team was smoking them was probably the most amazing part of the night,” Few said.

Hardaway, on the other hand, was really impressed with Timme.

“We knew we were the underdogs and that we’d have to battle these guys,” Hardaway said. “We went into halftime up 10 and got it to 12 and then the Drew Timme Effect kicked in.” “He hit some clutch baskets, kept the game under control, got our players into foul trouble, and the rest is history.”

Drew Timme is a basketball player who has been playing for Gonzaga University since the 2013-14 season. He was born in 1990 and on January 28th, he turned 27 years old. Reference: drew timme birthday.