In what may be the first major casualty of a high-profile, multi-year legal dispute over allegations that CD Projekt Red misled investors about its Cyberpunk 2077 game and related marketing efforts, the gaming company has agreed to settle for $1.85M in order to close out this case. The settlement will come from the sale proceeds generated by two of their most recent titles: Gwent and Thronebreaker: The Witcher Tales.

CD Projekt Red agrees to a $1.85M settlement to close out Cyberpunk 2077 investor lawsuit. The developer closed the legal action with an agreement that will be paid in installments over the course of five years. 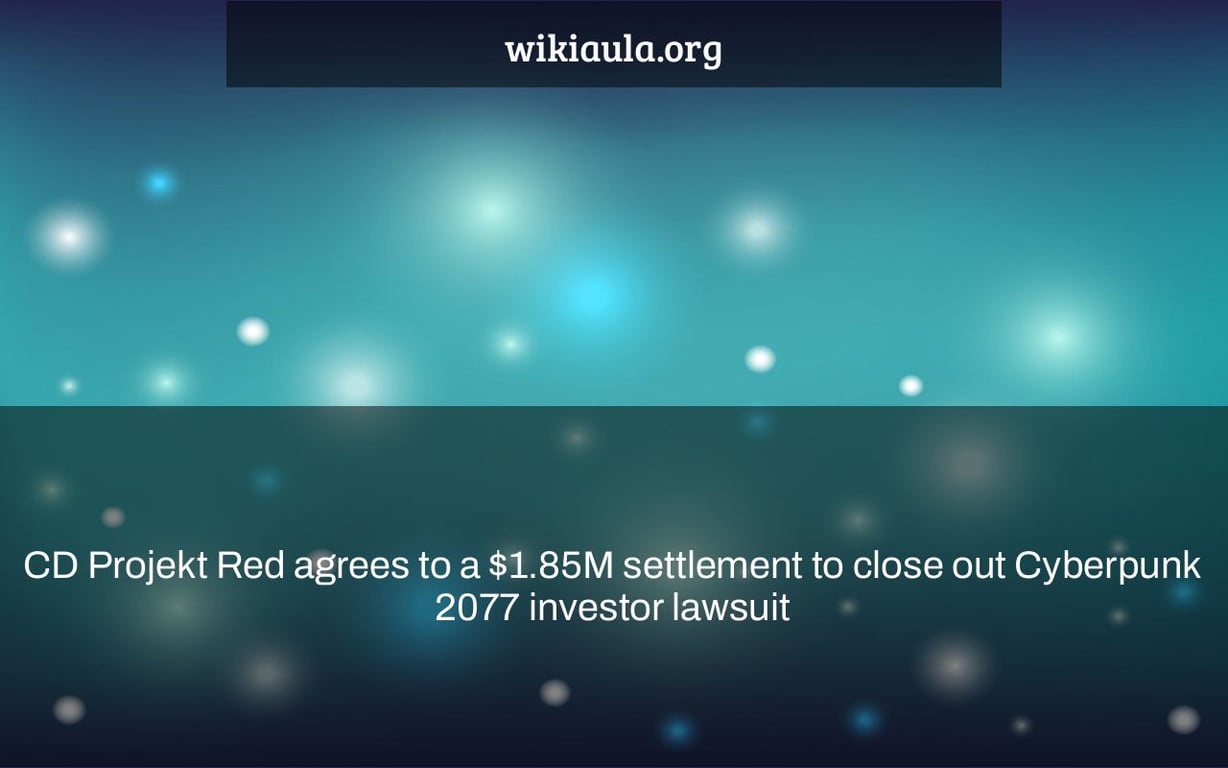 CD Projekt Red’s legal fight with its investors for Cyberpunk 2077 seems to be coming to a finish by the end of 2021. The developer is paying $1.85 million to investors in a class-action lawsuit, bringing an end to what has been a rocky debut for the single-player RPG.

Readers may recall that in December 2020, investors filed the first class-action lawsuit, alleging that CDPR made “materially false and misleading statements” about the game’s performance on PS4 and Xbox One, resulting in, among other things, plummeting profits, the removal of the game from the PlayStation store, and a series of patch updates, as well as “financial harm” to the investors. Three further class-action lawsuits were filed, and in May 2021, all four were consolidated into one, which CDPR has now agreed to pay out – a far cry from the “vigorous defense” that the studio stated it would use at the start of the year.

The settlement deal must be concluded by January 13th, according to CDPR’s release, although information obtained by the studio indicates that this will take many months. The settlement “does not imply acceptance of any guilt on the part of the Company or any of the other defendants mentioned in the complaint,” the studio adds.