In a game that was as bizarre and chaotic as anything in the Premier League this season, it ended up being Liverpool’s attacking chaos against Manchester United’s defensive resilience. The 3-2 defeat to Jose Mourinho’s side fully justified Anfield boss Jurgen Klopp playing Alisson with his back to goal for so long. 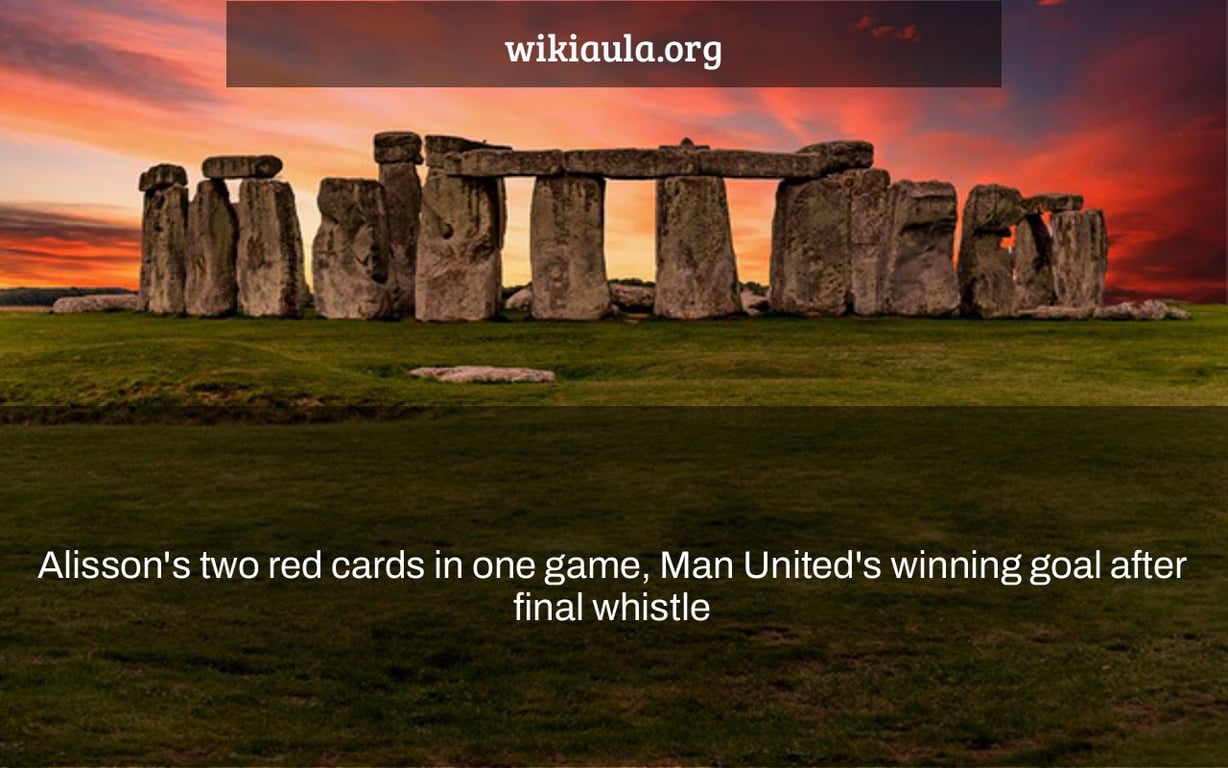 Whether you like it or not, VAR is now an established part of the contemporary game, and this week marks the fifth anniversary of the first time the video assistance referee system was used to supervise a top-flight professional league match.

On April 7, 2017, Melbourne City played Adelaide United in Australia’s A-League, marking a watershed event in soccer history. City triumphed 1-0 courtesy to a Tim Cahill goal, with no help from VAR, which was not used at all throughout the game.

VAR made its first intervention the next day, when it was utilized to pick up a handball in a 1-1 tie between Wellington Phoenix and Sydney FC. The infraction was discovered and assessed appropriately, resulting in a penalty being issued to Sydney, which was later converted.

VAR has risen to the pinnacle of the game in the last five years, influencing the outcomes of World Cup and Champions League finals. Countless matches in contests throughout the globe have been assisted or plagued by the contentious officiating tool’s presence, depending on your personal view of it.

With more than a half-decade of experience under our belts, we’ve compiled a list of some of the most bizarre choices made by the VAR implementation so far, from those that left everyone perplexed to those that generated outright mayhem.

It’s important to note that when we say “crazy moments,” we’re not referring to regular controversial fouls and free kicks, nor are we referring to the innumerable times players have been found fractionally offside at the atomic level. Instead, we’ll look at some of the significant instances in which VAR involvement has resulted in genuinely bizarre scenarios erupting during a football match.

During the 2017-18 season, VAR was first used in England’s cup competitions, and it wasn’t long before things went horribly wrong when Tottenham welcomed League One opponents Rochdale to their temporary home of Wembley for an FA Cup fifth-round replay on a cold February evening. Spurs were caught up by the new replay system again immediately after grabbing the lead halfway through the first half, after having an early Erik Lamela goal disallowed after a long VAR review.

When Kieran Trippier was brought down on the outside of the Rochdale box, Mauricio Pochettino’s team was granted an offensive free kick. However, when referee Paul Tierney reviewed VAR and determined that contact had carried into the area, as required by the regulations, this was increased to a penalty. The panel of officials took a long time to make a decision, and with no information on the delay available, befuddled supporters inside the national stadium were forced to figure out what was going on for themselves.

Spurs’ celebrations were cut short almost immediately when Tierney blew his whistle again, this time disallowing the goal because Son Heung-Min came to a full stop before kicking the ball. The penalty was subsequently chalked out without being permitted to be retaken, implying that the initial violation — a free kick to Tottenham — had somehow converted into a Rochdale free kick in the span of five minutes.

At halftime, a penalty was granted (Mainz vs. Freiburg)